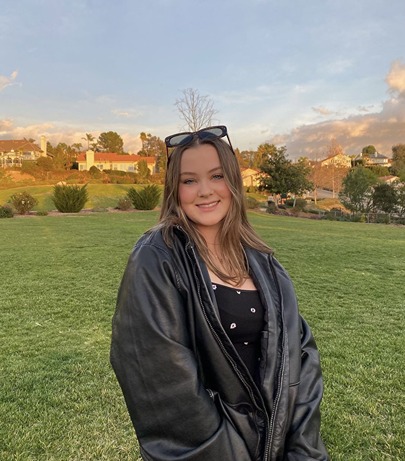 My name is Marina and I am a 17-year-old film student who has always been obsessed with movies. I commit to seeing every new movie in theaters and rate and make lists of all the movies I have seen. If you want to talk about tv shows or movies I am there with you for hours. Going into this year I had never fully written, directed, or edited on my own and often worked with partners. I was also 1 of 2 girls in my all male film class which was extremely intimidating for me who started out with much less knowledge than my classmates. Despite this, I still decided I wanted to write and direct anyways. Due to my movie and tv obsession, I had clear visions of what I wanted my short film to look like on the screen. I drew inspiration from my favorite shows and movies and had a great team of classmates helping me. Unfortunately on the day of shooting, for the first time ever, it rained in LA. My short film 'Lovesick' was meant to be shot on a football field and was meant to be very different. We had to change to inside a gym and the crew and I had to edit aspects of the script, shots, and more. This change presented sound recording challenges, blocking issues, and just a lot of stress. Overall it was a great lesson and I am so thankful it worked out considering our obstacles.