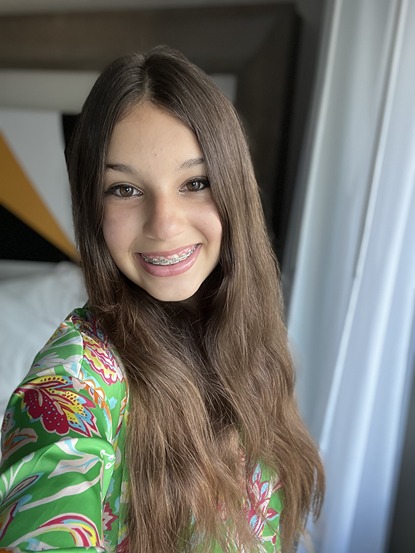 Hi, my name is Kayla Ring and I'm a 14-year-old filmmaker from Los Angeles, California. I started making films as a 12-year-old and new middle schooler. My new school had a film festival and, as a slightly competitive person, I wanted to submit to it. Even though I had only been there a few months, I had witnessed anti-semitism at my school, but I didn't hear anyone talking about it. I decided that the school film festival would be a great way to expose what was happening. Thus began my filmmaking career and the discovery of my greatest passion. For the next year or so, I focused on creating PSAs. I was able to send my messages across my city and as I submitted to more festivals, my message was received by more people. As I became more comfortable with making PSAs, I branched out and began creating animations, experimental films, and documentaries. As I continue to develop, I learn skills about leadership, organization, hard work, and perseverance.